Best things to do in Uganda, Safari activities in Uganda, wildlife safaris to Uganda.

Although Uganda is famously known for mountain gorilla tracking, this amazing country has got more to offer to travellers on wildlife safaris to Uganda and or mountain hiking.

Uganda is commonly known as the pearl of Africa as nick named by Wiston Churchill who wrote: “For magnificence, for variety of form and colour, for profusion of brilliant life — bird, insect, reptile, beast — for vast scale — Uganda is truly “The Pearl of Africa.”

The best things to do in Uganda are;

Gorilla Trekking- 1 of the best things to do in Uganda 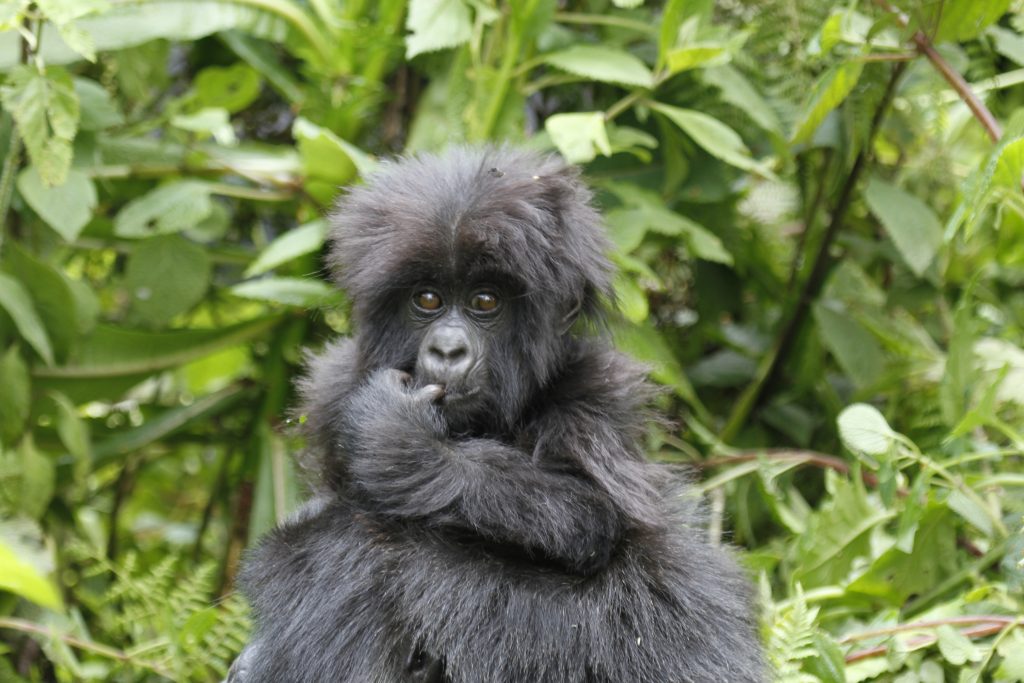 Gorilla trekking is one of the main reasons people travel from all over the world to Uganda. Gorilla trekking is a guided and safe activity that takes place in Bwindi Impenetrable National park and Mgahinga Gorilla National Park. These parks are located in South Western Uganda, bordering Rwanda and DRC. They are easily accessed by air and road transport. The parks can also be visited by people staying in Rwanda but interested in gorilla trekking in Uganda. Mountain gorillas are very special giant great apes, are endangered and can only survive where they live. They cannot live in Zoo unlike the low land gorillas. For one to go for gorilla trekking, a gorilla trekking permit is required and must be booked at least 6 months in advance. This is because gorilla permits are highly demanded yet the activity is restricted for conservation purposes. During the trek, only eight people are can trek a gorilla family, and once you find them, you are allowed only one hour face to face with the mountain gorillas. Read more about the cost of the gorilla permits

Gorilla Habituation- 2 of the best things to do in Uganda

Chimpanzee trekking- 3 of the best things to do in Uganda

The other places for chimpanzee trekking in Uganda are Budongo forest in the Northern part of Uganda, in Murchison Falls National park, then Kyambura gorge in Queen Elizabeth National park and at Kalizu Forest.

If you are interested in staying more time with the chimpanzees instead of one hour, choose to go for chimpanzee habituation.

Safari game drives would not miss on the best things to do in Uganda. These game drives take place in safari vehicles, spotting the African/Ugandan game in the different national parks. Safari game drives offer an opportunity to spot big five safari animals of Uganda (Elephant, African Cape buffalo, lion, leopard, but the rhino is seen at Ziwa rhino sanctuary on foot.) Other animals seen on game drives are hyena, wart hogs, giant forest hog, cheetah, giraffe and different types of antelopes.

Boat safaris- 5 of the best things to do in Uganda

On boat safaris, there is a lot to see that include different bird species, elephants, giraffes, buffalo, hippo, Nile crocodiles, and antelopes, among others.

Boat safaris run on schedules, and the earliest begins at 11.00am, the last one goes at 4pm. 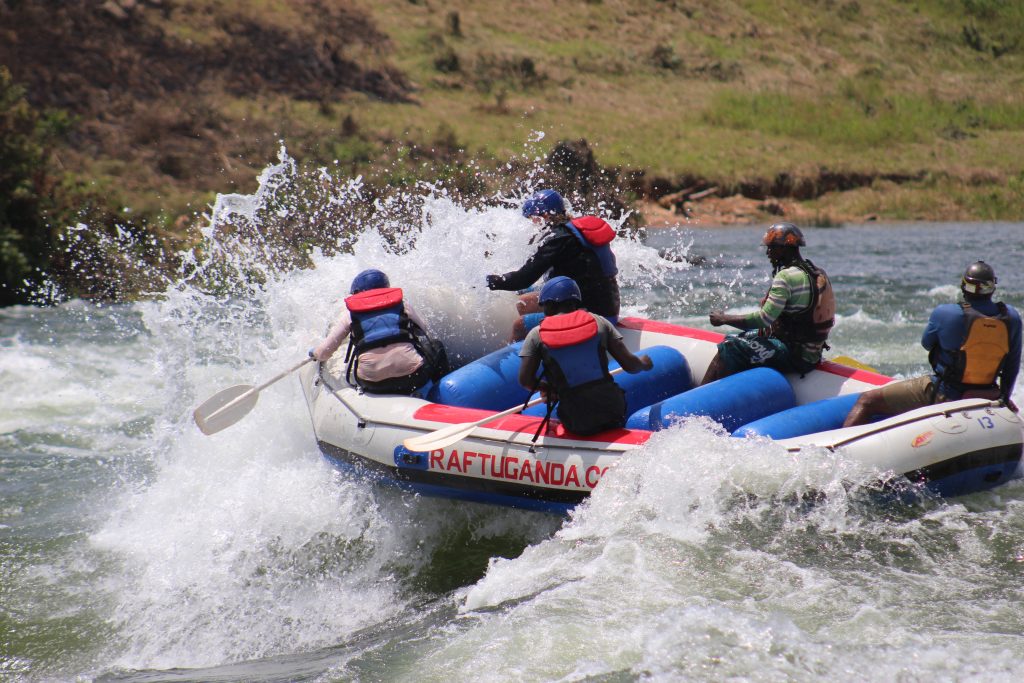 White Water rafting in Uganda takes place in Jinja Town, which is also referred to as the Adventure capital of East Africa. White water rafting starts in the morning and has been one of the highlights for many travellers on a Uganda safari. Expect Grade IV and V rapids, with plenty of thrills and spills. It is ideal for some age groups of children and one does not need swimming experience.

Bird watching- 7 of the best things to do in Uganda

Travellers on a Uganda safari can also go for bird watching. Uganda is one of the bird watching destinations in Africa with 50% of the continents bird species concentration and 11% of birds in the world. The country has 1,057 bird species including some endemic bird species.

You can go bird watching around Lakes and Rivers, Marshes and Swamps like Mabamba swamp, dense forests and Open Savannah, Mountains and deep valleys in search of the beautiful birds in their respective range of categories.

Another of the top things to do in Uganda is Golden monkey trekking that only takes place in Mgahinga Gorilla National park. Golden monkeys are beautiful and highly endangered and seeing them in their natural habitat is amazing. This experience can be combined with gorilla trekking, bird watching, Batwa trail experience, hiking a volcano, etc

Rwenzori Mountains under Rwenzori mountain National park is one of the three UNESCO world heritage sites in Uganda. The highest peak is at about 5000 meters above sea level characterised by snow. It is the highest point of Uganda, and hiking this beautiful mountains cannot be equated to another. There are different hiking packages available depending the number of days and interests (Day one 12 days hiking days). The park or mountain has high glaciers, nine lakes, and the bearded lichen hanging from giant heathers with a backdrop of rocky cliffs, crags and snow-capped peaks. The wide variety of flora and fauna with several biospheres as you ascend through different vegetation zones creates the ultimate experience for trekking.

Walking safaris- 10 of the best things to do in Uganda 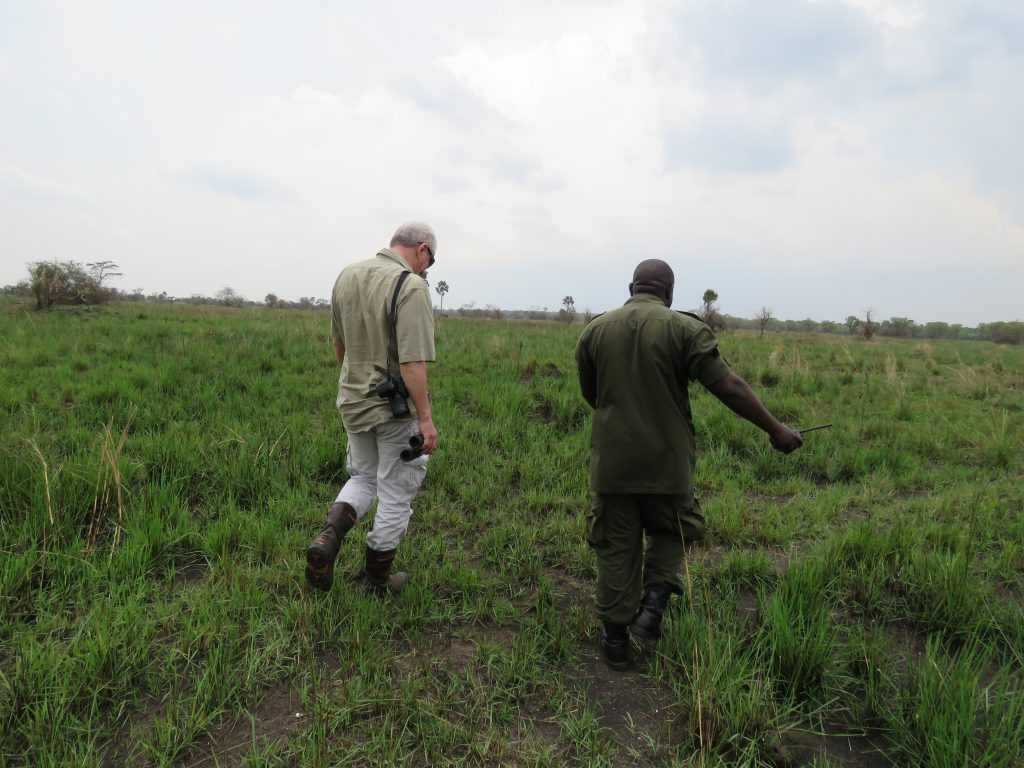 Cultural safaris- 11 of the best things to do in Uganda

Uganda is a culturally diverse country with about 54 unique cultures. A cultural safari will take you to some of the cultures in the country, to learn about them and get to know how people live or lived. The cultures can be explored on some of our cultural safaris

The behind the scenes experience is a unique activity at Uganda Wildlife Education centre. The experience takes about 3 hours, taking you up close and personal with different animals that have been rescued and brought to the centre. Get to feed giraffes, rhinos, chimpanzees, lions, elephants and pet a shoebill stork. All proceeds help take care of the animals

In Uganda, rhinos can be seen during rhino tracking which is guided by armed rangers from Ziwa rhino sanctuary. Rhinos got extinct by poaching and the sanctuary is trying to breed and get them back to the national parks where they used to live freely. It is so amazing seeing these giant creatures grazing with their babies. Rhinos are actually one of the big five safari animals of Africa.

If you are interested in any of the above experiences or more, inquire now for a customized inquiry

All the national parks and tourist activities are easily accessed by road transport and by air transport. Aerolink Uganda has scheduled and charter flights to different parts of the country.

Uganda has a tropical weather and is crossed by the Uganda. The country only has two seasons, the dry and wet seasons. The dry season months are July-Oct and December to February and are the preferred months for safaris. The wet months are March to May and November. The country is very green around this time and animals do not move far for food. So