The silverback gorilla is the head of the family
Mountain gorillas are very social. The live in family groups of 2 to 20, protected and led by the silverback gorilla. A silverback gorilla develops silver hair on its back. When most males turn 11 years, they leave their biological groups. Some move alone and others travel with other males for a few years until they attract females to join them. The silverback leads the family to the best place for feeding and resting throughout the year. Generally, conflicts are resolved through standoffs and intimidating behaviours meant to frighten intruders away without causing physical harm. However, a silverback protects its group from attacks by humans, leopards, or other gorillas even if it means sacrificing his own life.

Mountain gorilla infants develop twice as fast as humans.
The female usually gives birth when she turns 10 and has offspring every four or more years. New-borns are weak and weigh only about four pounds. Their first movements are awkward, like a human infant, but they develop almost twice as fast. Infants nurse and are gradually weaned after they turn three when they are more independent.

Diet of Mountain Gorillas
Mountain gorillas spend most of the day eating. They are herbivores and eat about 10 different plant species. Their favourite are celery, thistles, wood, and roots. The rarely drink water since they get most of it from the plants they consume.

And it rarely needs to drink since it gets most of its water from the plants it consumes.

For mountain gorillas, the biggest threats come from political instability, human encroachment, and forest degradation. Their sanctuary in Virunga National Park is fertile and rich in biodiversity making it one of the most populated regions in Africa. As people move closer to gorillas, they also bring the risk of human diseases such as the flu, pneumonia, and even Ebola. The continued encroachment pose serious threats to critical eastern gorilla habitat.

War
War in the Democratic Republic of Congo has resulted in more than four million human lives lost over the past 14 years. The political instability and pressure from rebel groups throughout the area puts pressure on Virunga National Park, placing mountain gorillas in the middle of this social and economic crisis.

Locals depend on natural resources and wildlife-based tourism for their welfare. So the future of mountain gorillas will be closely linked with the peace and prosperity through the land.

Habitat Loss
As humans have moved into areas near mountain gorillas, they have cleared land for agriculture and livestock. Even land within protected areas is not safe from clearing—in 2004, for example, illegal settlers cleared 3,700 acres of gorilla forest in Virunga National Park.

Disease
Gorillas that come into contact with humans can be vulnerable to human diseases, which gorillas experience in more severe forms. Mountain gorillas can even die from the common cold. However, studies have found that mountain gorillas that are regularly habituated with researchers and tourists have survived better than unvisited gorillas; they benefit from the greater protection available in those areas and from regular monitoring. Increased survival is also largely due to better veterinary care of sick and injured gorillas.

Charcoal Burning in Virunga National park
Charcoal burning inside Virunga National Park where some mountain gorillas live has destroyed their habitant. Charcoal is used by people to cook food, and those selling it earn from it.

Can one see Mountain Gorillas? And how much is a gorilla permit? 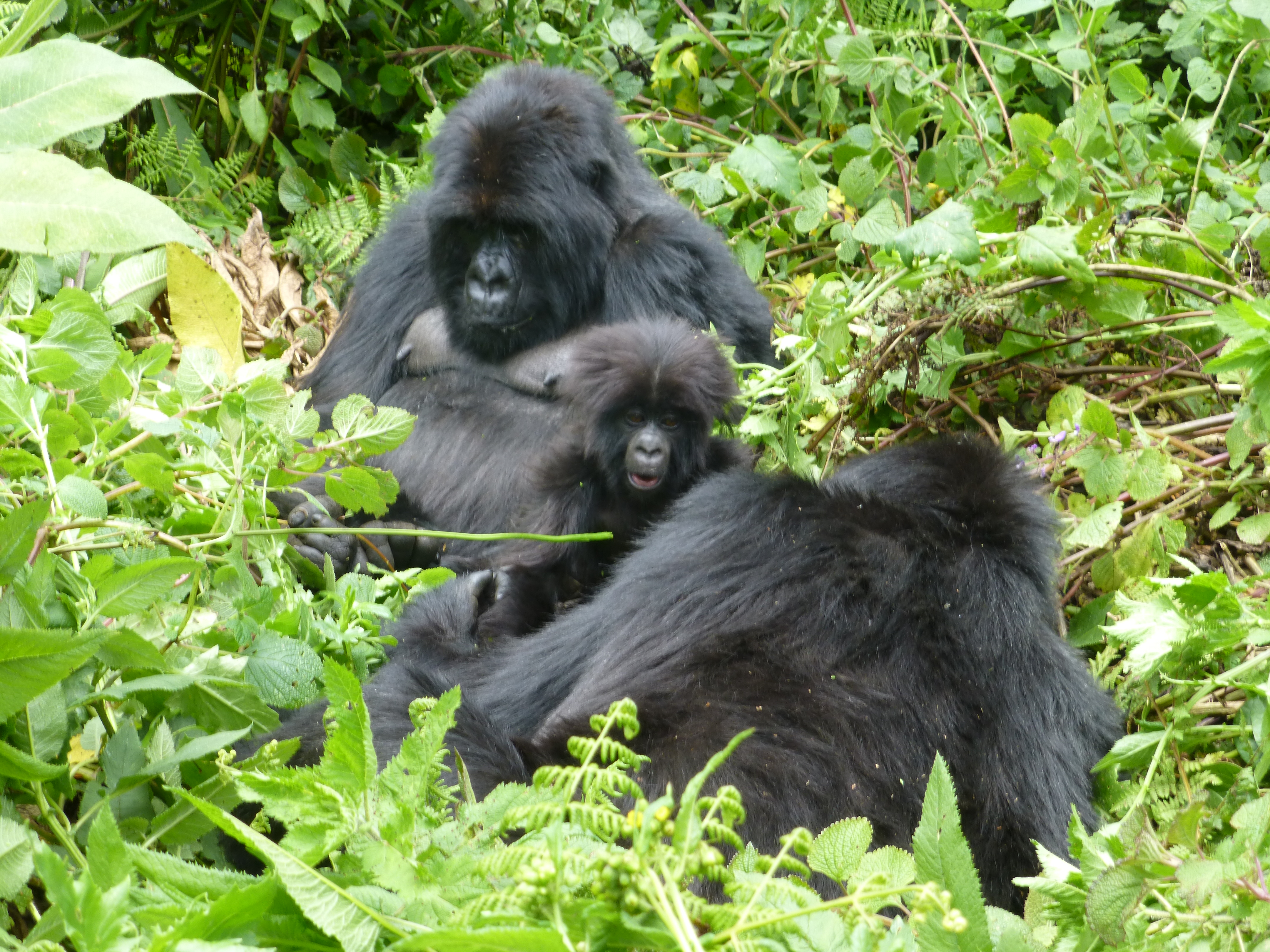 To see mountain gorillas in Rwanda’s Volcanoes National park, again you need a permit which costs $1500 US dollars per person. Read more about the cost of a gorilla trekking permit in Rwanda

Mountain gorillas can not live in a zoo and the only places you can see them in their natural habitat are Uganda, Rwanda and Congo. Uganda is home to half of them, making it the best place to see them.

The best national parks in Uganda where you can see them are:

What to bring for gorilla trekking

Suggested itineraries to Uganda and Rwanda that include Gorilla trekking