Uganda, the pearl of Africa is located in East Africa and is home to 1080 bird species. This makes Uganda one of the best bird watching places in Africa. The 10 best bird watching places in Uganda will be discussed one by one. The birds are found in different habitats that include swamps, lakes, mountains, forests and farms. The country has an equatorial climate and has the Albertine Rift Valley in the Western part. Every bird watcher should not miss this bird’s paradise.

Below are the 10 best bird watching places in Uganda

Mabamba bay swamp is located in Lake Victoria, the second largest water body in world in Entebbe. The swamp is popular because it is one place where birders and any other interested people cannot miss the seeing the shoebill stork, a bizarre looking birds. Every travellers on our bird watching safaris who is interested in seeing this bird which is related to the dinnasaur should include a day at Mabamba wetland swamp. The swamp is easy accessible from Enebbe by road and water and from Kampala by road. There is a lodge close by for people interested in a night over.

Second on the list of the 10 best bird watching places in Uganda is Bwindi Impenetrable Forest National Park. Bwindi Impenetrable is a bird watching haven. It has been voted as Africa’s best birding spot by African Bird Club. The forest is home to many rare bird species, some only found here like the African Green Broadbill.  350 bird species stay here and these include the 23 Albertine Rift endemics, 14 of which are not recorded anywhere else in Uganda. 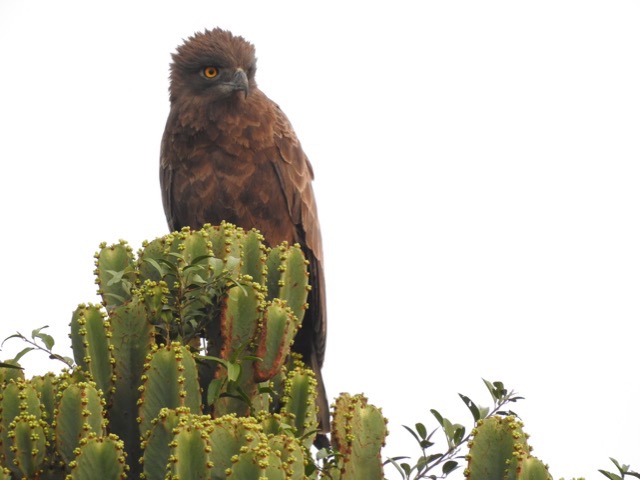 Mgahinga Gorilla National Park could not miss on the list of the 10 best bird watching places in Uganda. This smallest park in Uganda should not be under estimated. It is not only home to mountain gorillas and golden monkeys, but it is also home to about 180 bird species some which are the Albertine Rift endemics.

Kibale National park forest is one of the 10 best bird watching places in Uganda with over 375 bird species. These include 6 that are endemic to the Albertine Rift area. It is an excellent birding spot with varied habitat and dense vegetation.

Rwenzori Mountains National park is located in Western Uganda and is one of the prime bird watching destinations in Uganfa, with over 177 bird species which include 19 Albertine Rift endemics. The Rwenzori Mountains have snow-capped peaks whose highest point is 5,110 meters above sea level.

Lake Mburo National park is the smallest Savannah national park in Uganda, easily accessible from Kampala and Entebbe. There are many activities in this beautiful park and among them is bird watching, which is one of the major activities. The best bird watching spots in Lake Mburo are near the swamps at Warukiri and Rwonyo and at the lake.

Bird watching in Budongo forest is manly done at Kaniyo Pabidi found in Murchison Falls National Park, and the Royal Mile and Busingiro areas found south of the park. It lies at the edge of the Albertine Rift valley, protecting the largest natural forest area in East Africa.  The forest is perfect for bird watching because it is home to more than 350 bird species, with the most sought-after birds in this area being the Cassin’s spine tail, chestnut-capped flycatcher, Ituri batis, Nahan’s francolin, black-collared lovebird, brown twinspot, chocolate-backed, blue-breasted and African dwarf kingfishers.

Bird watching in Uganda can be done throughout the year. We do have great and knowledgeable birding guides who are always eager to show the different bird species the country has got.