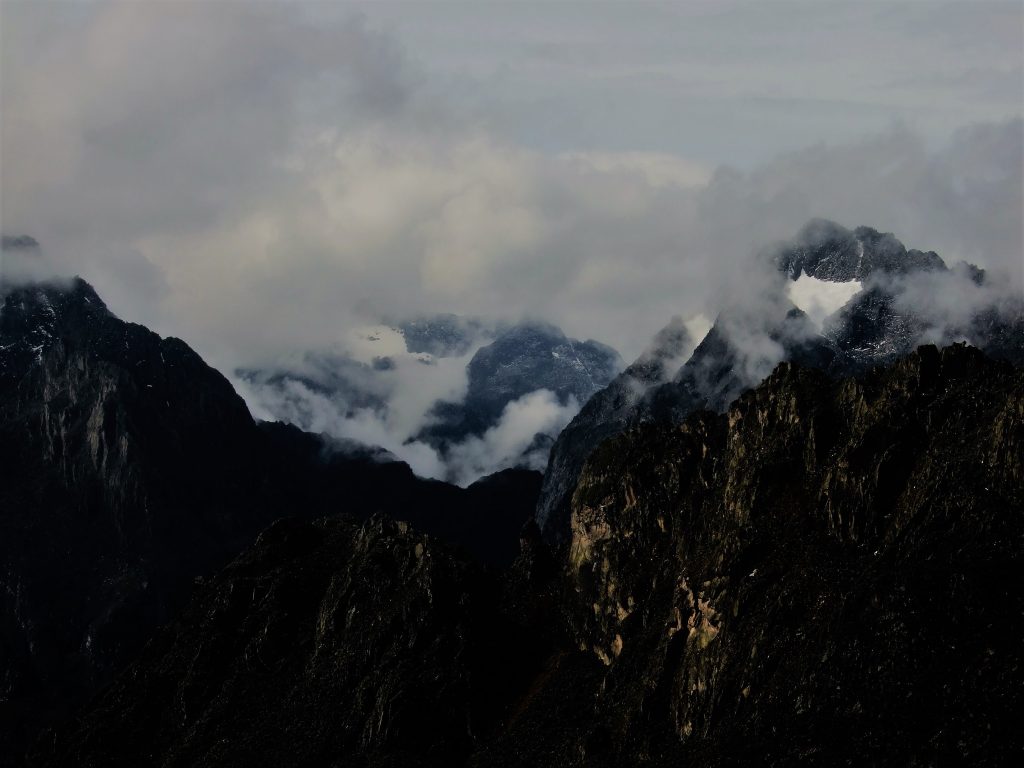 Rwenzori mountains National Park, 386 sq. meters was declared a World heritage UNESCO site in 1994 and is one of the best adventurous activities in Africa, making these mountains of the moon the best hiking and mountaineering destinations.

Rwenzori Mountains national park is located in the South Western region of Uganda, on the East side of the Western Rift Valley, lying along the Uganda’s land borders with Democratic Republic of Congo (DRC) and it’s Virunga National Park.

Rwenzori Mountain national park is a habitat to 70 mammals that include forest elephants, forest buffalo, duikers among others and 217 bird species including 19 Albertine Rift endemics, as well as some of the world’s rarest vegetation and beautiful plants that Montane forest with bamboo ( Arundinaria ) on lower slopes, heath and Afro-alpine moorland on higher slopes.

Rwenzori Mountains were nominated as one of the World’s Best Hikes by National Geographic and every hiking adventure should not miss out an opportunity to hike through the safe mountains. All Mountain hiking safaris in the mountain are guided by experiences guides and hikers have so much support from the porters too, most of whom are local people of the Mountains.

There are different hiking options that can be organized through Gorilla Link Tours which include 3 days for the shorter foothill hike and 6-7 days for the usual mountain circuit. It normally takes about 9 days to get to the Margarita, the highest peak

The best time to hike Rwenzori Mountains national park is January to February and the July to August which are the driest months, although rain is possible year round.

How to get Rwenzori National Park

Rwenzori Mountains National Park is easily accessible from Entebbe and Kampala and from other parts of Uganda. It can be accessible by air transport through our partners Aerolink Uganda and or by road transport using our fleet of 4 x 4 WD customized safari land cruisers and safari vans